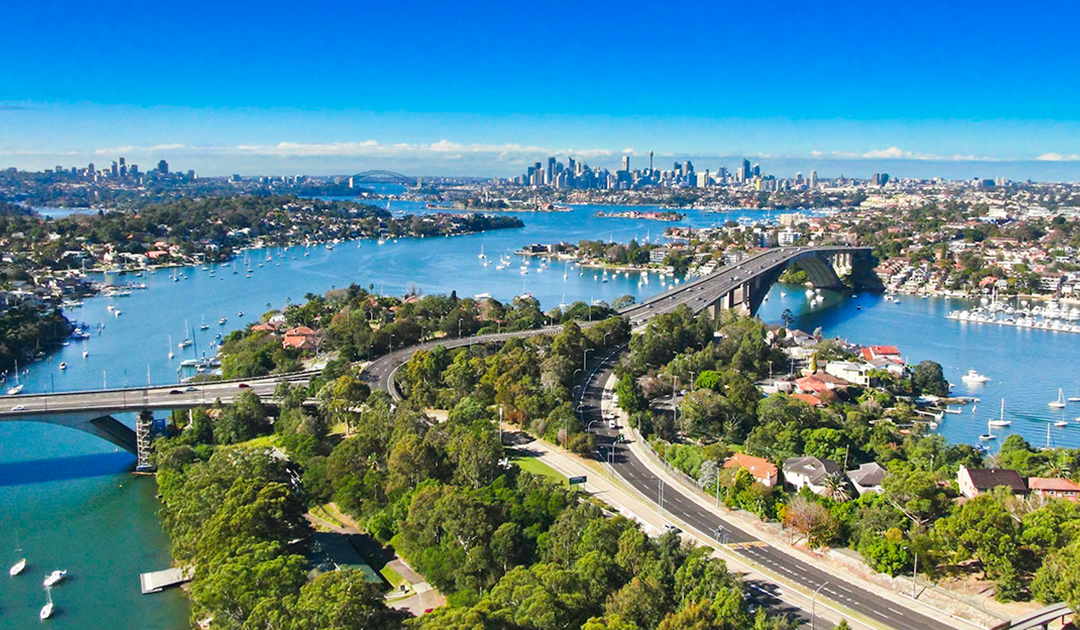 Sydney continues to be an alluring area to invest in, with the city now home to six of the top ten highest growth suburbs in Australia.

And although it’s ranked as Australia’s most expensive place to live, the city’s high price tag didn’t stop its top growth suburb of Bringelly from enjoying triple-digit annual growth in yet another bumper year for the market.
So which neighbourhoods, in both Sydney and the rest of the nation, were the fastest-growing last year?

With the $5.3 billion Western Sydney Airport now being built nearby, there are many new developments on the cards for Bringelly.

Construction of the new airport is slated to begin in February in the neighbouring suburb of Badgerys Creek, with a completion date set for 2026.

In preparation for the airport Bringelly will have millions of dollars injected into the area, including updated roads and new infrastructure.

The western suburb, which is located 46km from Sydney’s CBD, has grown in median house price from $1.68million to $3.5million in the 12-month period.

Kangaroo Ground, known for its spacious blocks of land and lush mountain views, is located in Victoria’s stunning Yarra Valley between North Warrandyte and Hurstbridge.
The median house price of this high demand suburb climbed from $727,500 to $1.18 million in the 12-month period.

McMahons Point overlooks the harbour on Sydney’s lower North Shore, just three kilometres from the CBD.
The median house price rose from $2.4 million to $3.69 million over the last 12 months.

The suburb offers panoramic bay views and is nearby a busy business precinct that is a hub for media, technology and creative arts.

Forrest is an affluent area located in the heart of Canberra, directly across from Parliament House.
A majority of the suburb’s buildings are heritage listed.

Tooradin is a high demand area, with a median house price that has steadily risen from $423,000 to $645,000.
The suburb is located near Cranbourne and Koo Wee Rup, 55km southeast from Melbourne’s CBD.

It is located just five kilometres from the CBD and for more than 100 years was the home of Coopers Brewery.

Clareville is a seaside suburb 27km from Sydney’s CBD, in the northern beaches region.
The suburb is known for its idyllic beaches and wharf.

Northwood has risen in median house price from $2.09 million to $3.125 million.
Located just five kilometres from the CBD, some houses here boast views of the city skyline and Sydney Harbour Bridge.

The suburb is primarily home to older families and elderly couples, according to data from realestate.com.au

Agnes Banks is a high demand area located 54km northwest of Sydney’s CBD, not far from Richmond.
The bucolic Blue Mountains are only a short drive away and while residential developments have flourished, agriculture and a rural lifestyle in the area have endured.

Sydney’s suburb Rosehill is located 23km west of the CBD, near Parramatta.
The area features a racecourse, railway station and a historic homestead museum, Elizabeth Farm.
The median house price has grown from $767,500 to $1.125 million in the 12-month period.